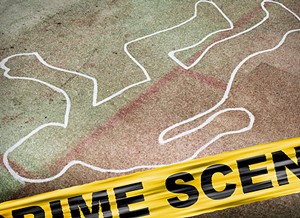 In 1890 mere brutal murders were so ho hum that they didn’t rate a mention, that is according to a list of ‘what makes news’ complied by Reuters in those days.

Incisively, the venerable news agency prescribes what would attract coverage by their service:

This is still the fundamental guide to attracting attention today, be that jagging a journal interview or trending on twitter. What piques peepers has a code. For those working in the media, it is almost unconscious and for those still stumped, a mystery.

Because the item is interesting doesn’t mean it rates as newsworthy. Journalists and successful PRs have this instilled into their DNA. The story you want run may not be of a calamitous nature but if it relates to a major event it is less likely to be spiked. Conversely, if there is a popular disturbance, media hounds will soon be sniffing for a source. Social media hasn’t changed the rules just put a rocket up them. Interesting blogs and posts will of course gain a passing glance but to rate a like, share or follow the missive has to be weighted.

If there is ever an ocean liner that runs into a train with a fatal explosion during a cyclone where millions are plundered while statesmen and monarchs duel, shout hold the front page.